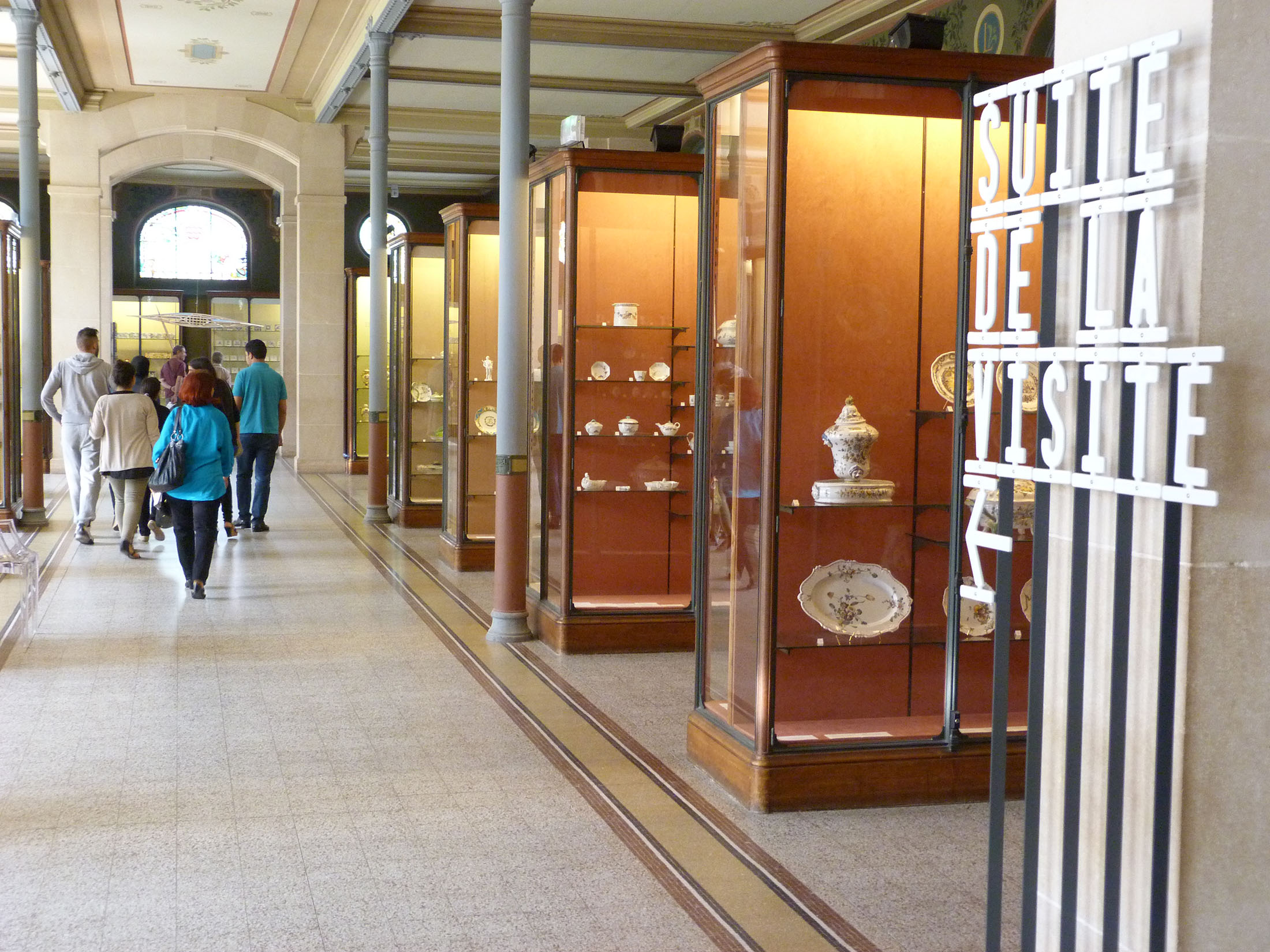 The visit carries on through the majestic rooms of the historical museum. The original display cases, designed by the architect Henri Mayeux and listed as historical monuments, show the main stages in the history of ceramics up to the 18th century. Dedicated to the history of the museum from its foundation to the most recent acquisitions, the first room is the beginning of the chronological order. The museum’s original purpose was to highlight the presence of a local archaeology fund. Its encyclopaedic purpose grew over time. Like many provincial museums, it received a number of ethnographic items brought back by explorers and diplomats (pre-Columbian terracotta, Kabyle artefacts, vases from the Caucasus etc.), as well as ancient terracotta and majolica from Marquis Campana’s collection.

Due to the influence it had over European faience and porcelain manufacturers, Chinese porcelain is at the heart of our historical gallery. Adrien Dubouché himself was keen to give Oriental ceramics a major place. His purchase of the collections of Albert Jacquemart (1875) and Paul Gasnault (1881) added considerable value to the Limoges museum. The historical rooms show how links between the civilisations were formed : Ming porcelain is displayed opposite Iznik ceramics as a reminder of how much the Ottoman sultans loved Oriental porcelain, and alongside Delft pottery, which itself skillfully imitates the Chinese models. In the same way, Kakiemon pieces are placed next to the soft-paste porcelain from the Chantilly manufactuers founded by the Prince of Condé, a lover of Japanese porcelain. The arrangement of these showcases therefore makes obvious the links that have existed between the Far East and the European continent since the Middle Ages.

In tribute to the donators, the showcases surrounding the bronze sculpture of Adrien Dubouché at the entrance to the museum have been devoted to a variety of collections, in particular hard porcelain bisques from the Locré manufacturer.

The second part of the historical gallery focuses on faience and porcelain from the 17th and 18th centuries. Thanks to the Paul Gasnault collection, the museum has a large collection of soft-paste porcelain (Saint-Cloud, Chantilly, Mennecy, Vincennes-Sèvres) which has grown over time. The history of hard-paste porcelain is also widely illustrated, from the first Meissen porcelain to the pieces made in Europe in the 18th century. The layout of the collections helps us to place the Limoges manufactories (the Massié faience pottery, founded in 1736, followed by the Comte d’Artois manufactory, founded in 1771) in the more general context of French and European 18th century production.